Andrew McQueen is a furniture designer & manufacture based in the Cotswold market town of Tetbury.

He was born in 1973 in Highworth, Wiltshire and has worked as an engineer for various companies such as Honda and Salamandre.

Andrew today focuses all his spare time on on his handmade furniture business dedicating huge amounts of time to produce the finest quality chairs, coffee tables and side tables.

Andrew takes great inspiration from other modern successful manufacturers such as Rolex and Apple, these we know are not manufacturers of furniture but the processes they employ to bring a product to market are exceptional.

As for the design of Andrew's furniture, well he just goes off into his workshop and comes up with things, he likes the back to basics approach when it comes to design, so no computers are used and everything is developed with a more natural hand engineered touch, which we feel shows through on the final product. 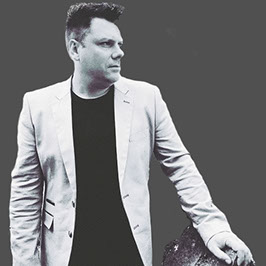